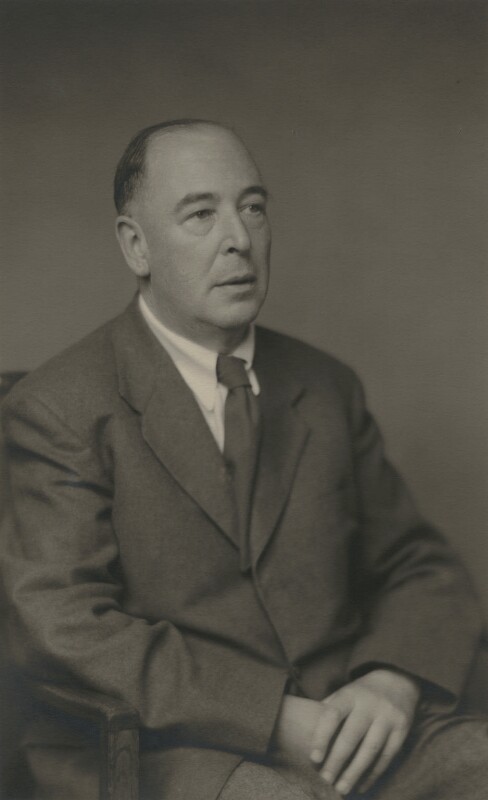 This is one of our rare English language posts and it is specifically because I want to keep this open for comment by Dr. Hinkly Wilson.

Dr. Sarah Hinlicky Wilson has recently published an article on C.S. Lewis on the Lutheran Forum website. We share a similarly deep-rooted love for Lewis and I am grateful for her observations. I agree with her on many points. I, too, for example, wince at the “Priestesses in the church” essay and for the same reason: that Lewis does not even try to use scripture and thus anything he says remains fundamentally baseless. I have found that Lewis is brilliant when he speaks “outside of Christianity”, when he is in the field of logic and philosophy. When he gets to “inside baseball” topics his caveat of not being a theologian, which seems unfounded anywhere else, really tends to kick in.

But of course I am writing this not mainly because of where we agree but because in some points I think Lewis was communicating something quite different from what Dr. Hinlicky Wilson suggests. I am, though, as always, happy to be corrected by quotes from Lewis, “scripture and plain reason”.

1) The Abolition of Man

„In the same vein, Lewis goes to great lengths to argue that Jesus was not at all an innovative moral teacher but rightly shares the same basic views as Lao-Tzu and Buddha and the other great religious figures, as seen especially in The Abolition of Man. I think Jesus was more innovative than Lewis suggests, but his point is that Christianity is not threatened by its moral nearness to other religions, and equally that morality is not the point of Christianity.“

It is true that Lewis frequently speaks on “morals”. Yet the reasons for this given here are misleading to wrong. A less dubious way to express the second proposition would be to state that morality is not the main or the sole point of Christianity. The first proposition, however, is wrong. The focus of “The Abolition of Man” is not to show that Christ was in any way morally innovative or not. In fact Dr. Hinliky Wilson’s words turn the book on its head. It is, in fact, an argument for the existence of a natural law that is eternal and present outside of the subject and should hence be taught to children, with the added point that both mind and emotions must be trained here to create men “with chests” i.e. with a space where mind and heart are taught to meet and agree. The idea of innovation is completely alien to the concept as a perfect, divine moral law cannot be improved upon and, as Christ was God, must by necessity be taught most perfectly by him. The great amount of research regarding ancient moral teachings is supposed to back up the claim of the all-encompassing moral framework of good and bad perceived and taught throughout human history. And thus the Dao, the Book of the Dead etc. are foreshadowings and approximations of that law.

„One might be inclined to take umbrage that Jane in That Hideous Strength is a sham scholar whose real destiny is to give birth to a future Pendragon. But if we weigh her against her husband Mark, she still comes out ahead: he is even more of a sham scholar with no prospects by the end of the story, he allows himself to be manipulated and exploited by the N.I.C.E., and it turns out they only wanted him anyway because of his wife’s visionary gift.“

In her article Dr. Hinliky Wilson speaks about the role of women in Lewis’ work and tries and succeeds to be fair. In this point, though, there is a misreading of Lewis which ties in with the pattern discussed above. Nowhere in the book is there an explicit indication that either Jane or Mark are “sham scholars”. It speaks emphatically, however, about other things being a sham, for example the (imagined or real) inner circles, by no means limited to the academic world, and the goodwill of fellow professionals. Most tellingly, it turns out that the whole academic faculty at Bracton is a sham. Everything Mark and Jane individually strive and make sacrifices for in the academic, in the worldly, context is a sham and only in that sense are they both too. To put it another way, Lewis would still be critical of Jane if she were a “genuine” scholar, which we must assume to mean either absorbed in a research topic and/or highly successful. For one, she may not have been rescued, as, even with few distractions, Lewis is at pains to depict how narrow her escape was and how little credit she has in it. Lewis clearly makes a serious point here in the line of his shadow lands theme, and it is a deeply biblical one as well: The whole world and all your ambitions are a sham. Only God is truly real and only in him do we become truly real also.

Secondly, Lewis criticism, beyond the general point made above, is with Mark and Jane’s marriage. If I remember rightly, it takes dangerous tribulations and the destruction of all the “sham” credit Mark thinks he has earned for him to have his first brave and husbandly thought: of Jane being safe and taking pleasure in that thought while being himself in danger. And Jane, as Dr. Hinlicky Wilson points out, is constantly confronted with the topic of submission and uncomfortably so. In fact the story of Mark and Jane is, in its entirety, an exposition of the New Testament words about marriage (1 Kor. 7, Eph. 5, 1 Tim, Koll 3, Titus 2, 1 Peter 3) but especially Paul’s words in Ephesians, with Mark not at all self-sacrificial and loving as Christ and slowly being pushed to this good and Jane struggling with the idea of submission to her husband as the church is in submission to Christ. Lewis pagan embellishments may be worthy of criticism, but his fundamental ideas here are Christian and not pagan.

Finally and on the same note, Jane indeed had a very particular procreational destiny, but Lewis’ point in this regard is much broader and terribly so for our 21st century ears. Merlin’s words in the book show this clearly: ”Of their own will they [Mark and Jane] are barren: I did not know till now that the usages of Sulva[1] were so common among you.“ Jane and Mark, though married, have either wholly abstained or enjoyed each other in ways which prevent the conception of a child – any child, though in this particular case that child would have been a very special one. Lewis clearly promotes a catholic (in both senses of the word) position here, and it is masterfully put forth in this book, though it may be shocking to hear: Marriage (read sex) and children cannot be separated and the giving of children is God’s decision and not ours.

Jane and Mark are not wrong because they have not lived up to a special personal destiny; through selfishness and cowardice they have broken God’s law and are guilty. They merely happen to be sinners with modern ideas though the sins are by no means modern. Lewis is a believer in the Christian God and thus also in his holy law which condemns us and shows us our sin only because we are sinners; not because the law is bad but because it is good. But through God’s grace in his son Jesus Christ we have been redeemed from this hopeless and helpless state, only through him, not by our works. And only thus can the law now start being a lamp, to the feet of Mark and Jane as to ours, while we start learning to love its decrees in the knowledge that, though we fail, we are forgiven.

[1] “Sulva is she whom mortals call the Moon. She walks in the lowest sphere. The rim of the world that was wasted goes through her. Half of her orb is turned towards us and shares our curse. Her other half looks to Deep Heaven; happy would he be who could cross that frontier and see the fields on her further side. On this side, the womb is barren and the marriages cold. There dwell an accursed people, full of pride and lust. There when a young man takes a maiden in marriage, they do not lie together, but each lies with a cunningly fashioned image of the other, made to move and to be warm by devilish arts, for real flesh will not please them, they are so dainty (delicati) in their dreams of lust.“ That Hideous Strength, p. 251